Home Transport How To Get From Colombo Airport To Polonnaruwa 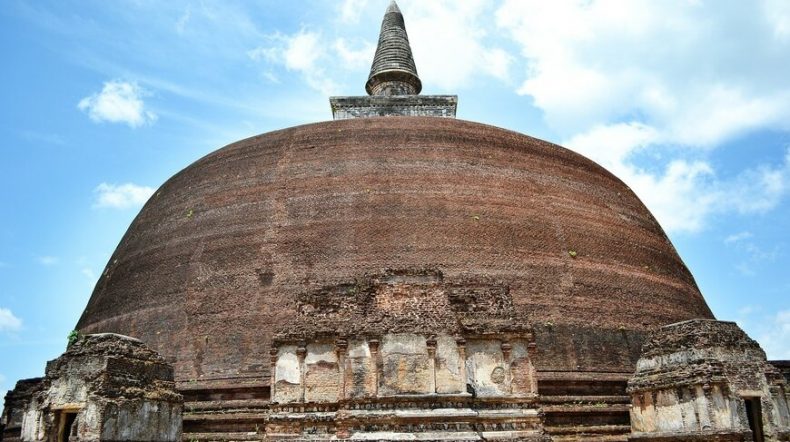 Wondering how to get from Colombo airport to Polonnaruwa? The ancient city of Polonnaruwa was established as a capital city by the South Indian Chola dynasty.

Though this Chola period lasted only until 1070, Polonnaruwa remained the capital of Sinhalese civilization and thrived in the following three centuries.

This ancient city is an excellent example of Sri Lankan architecture and culture of this period, and so it was designated as a UNESCO World Heritage Site.

The best and most popular way to explore this ancient city is by renting a bicycle from one of many places that have it on offer, and at your own pace explore the paths which snake between more than a hundred of ancient buildings and temples.

One of the most striking buildings you can see is the remnants of the Royal Palace.

Though only parts of its walls remain, these 3 meters behemoths once upon a time supported a six-story palace according to archeological evidence.

One of the oldest and best-preserved buildings is the 11th century Hindu Temple, Vanavan Mahadevisvaram dedicated to Shiva.

Taxi from Colombo Airport to Polonnaruwa

The most convenient way of traveling from Colombo Airport to Polonnaruwa is by booking a private taxi. By being able to take you from door to door, private taxi offers convenience which cannot be matched by any other mode of transport.

Using the bus or a train you are limited by locations of stations and stops, but also by the number and frequency of departures.

And T2 Travels Sri Lanka can provide you the best comfort and your vehicle will depart for your destination at Polonnaruwa as soon as you arrive at the airport, bound by no other schedule except your own.

By using the services of T2 Travel Sri Lanka for Colombo airport transfers you are making sure that your trip to the desired destination goes pleasantly and smooth, with no unnecessary stops or detours, and in a pleasant and comfortable atmosphere of an air-conditioned vehicle, which can properly accommodate not just passengers but also your luggage.

And if you are traveling with a baby or toddler, T2 Travels Sri Lanka can make sure that your taxi vehicle is equipped with needed number of the baby or booster seats.

Transfers from Colombo Bandaranaike International Airport to Polonnaruwa By Train

Traveling from Colombo Bandaranaike International Airport to Polonnaruwa by train is somewhat possible, but due to lack of a train station in the vicinity of the airport, it is a bit of complication.

First, you would need to get to a train station.

The most convenient one is the Colombo Fort station, which you can reach by a line 265 bus.

Closest bus stop to airport, at which you can catch this bus is the 18th Mile Post bus stop, some 900 meters north from the arrivals terminal of the airport.

Through this bus stop, buses pass on average every 10-15 minutes and the easiest way to reach it is on foot.

Line 265 bus will take you to Colombo Central Bus Stand, it is some 700 meters from Fort train station which you will have to cross on foot.

From Colombo Fort train station there are three daily departures to choose from. 0605 and 1900 for Batticaloa, and 1505 for Polonnaruwa.

Departure at 1900 for Batticaloa is a night mail train and passes through Polonnaruwa around 0135 the next day which makes it inconvenient and unusable.

Once you disembark from your train you can catch a taxi or tuk-tuk which will take you to the ancient city some 4 kilometers away, or to your accommodations.

Transfer from Colombo Airport to Polonnaruwa By Bus

Traveling by bus from the Colombo airport to Polonnaruwa is somewhat similar to traveling by train, in the sense that the first leg of the journey will take you to Colombo Central Bus Stand.

This can be done in the same manner, by taking a line 265 bus from the 18th Mile Post bus stop.

From Colombo Central Bus Stand you should continue toward Colombo Fort Bus Station, it is adjacent to the train station and around 700 meters from the Bus Stand.

These buses depart every 5-15 minutes, and you must be careful to embark on the right one because many of 48-something will not take you to Polonnaruwa.

All of these buses drive through the ancient city, and if you are just visiting archeological sites your best option is to disembark at the bus stop near the Clock Tower.

But if you have booked accommodations in Polonnaruwa, you have several bus stops to choose from.

And depending on which hotel you are staying at, the nearest bus stop you need is between 500 and 2 kilometers away from your destination.